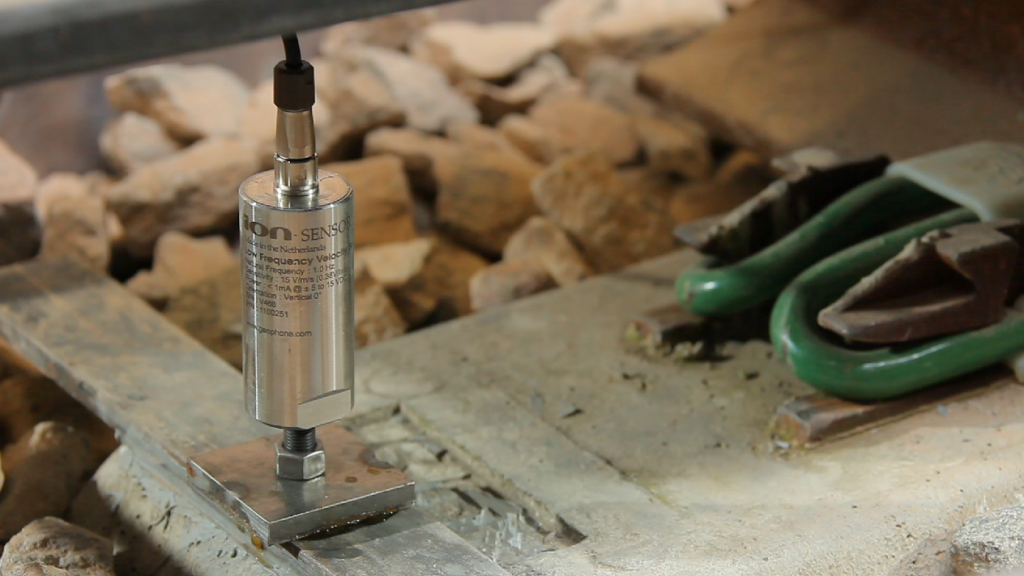 The primary component of ballasted track, on which maintenance is concentrated, is the ballast itself. Ballast must fulfill the two competing requirements of achieving high permeability for rapid drainage and high stiffness for spreading train loads efficiently to the sub-base.

Current specifications for ballast grading are influenced strongly by the historic need for the material to be able to withstand substantial contamination by fine particles (e.g. soil particles from the sub-base, and coal dust and toilet waste from trains) without compromising its high permeability. Advances in understanding the mechanics of fines migration, and preventive measures including the use of geosynthetic or sand separation layers, have improved immensely in recent years. This, together with the increasing use of closed bulk materials wagons and closed-system train toilets, has reduced the need for a large fines capacity in modern ballast. Thus there is now a realistic opportunity to optimise the grading of ballast to improve its mechanical performance (stability, strength and stiffness, e.g. by promoting interlocking) and resistance to degradation (e.g. by increasing the number of load-carrying grain contacts), provided that the underlying mechanics can be understood. Currently, there is little fundamental understanding of how ballast grading affects its resilient mechanical response. The development of such an understanding is crucial for the rational and informed design of ballasted track that requires minimal maintenance in conditions of heavy use.

Degradation of the ballast is related to the breakage of particle contacts under high stress, and is therefore especially likely to occur under the sleeper. Increasing the surface area of the sleeper should increase the number of particle contacts, while the use of a softer sleeper material should increase the area of each contact point. Both of these would reduce particle-sleeper contact stresses and hence ballast degradation rates: sleeper pads or other treatments could also be used to alter the characteristics of the sleeper base. Different sleeper types may generate lateral resistance by different means (e.g. mass vs embedment), and could therefore be suited to different track, traffic and sub-base environments. In recent years, different sleeper designs and materials have been proposed including steel and recycled plastic in addition to the traditional timber and concrete. At present, however, their use is based primarily on procurement and logistical constraints rather than on the engineering response of the system including the ballast and sub-base. Major improvements in track system performance could be achieved through the use of different sleeper materials and types – or a more highly engineered form of rail support such as a slab or ladder arrangement – appropriate to the underlying ground and service loading conditions.

A third major opportunity for significant but cost-effective improvement in the mechanical performance of ballasted track lies in the use of interventions such as ‘soft’ ballast reinforcement. Recent developments in the area of ballast reinforcement include the use of geogrids and resins such as XiTRACK, but huge potential for reducing costs and targeting specific areas for improvement remains. Experience with sands suggests that it may be possible to improve ballast stiffness and reduce the potential for track geometry deterioration by the addition of randomly-orientated reinforcing fibres. Other possible ‘soft’ ballast improvement techniques include gluing, and containment of ballast in fabric wraps or bags (‘ballast bags’). However, there is a complete lack of scientific investigation or understanding of how any of these techniques may influence the behaviour of the track, and how external parameters including train loading and sub-base condition would control their effectiveness. The development of such understanding is crucial to the design and implementation of rational and informed intervention measures to increase the longevity of ballasted track.

Research into ballast grading will build on and complement recent and current projects investigating the development and role of ballast structure (EP/F062591) and breakage (GR/S14122). Work will commence with an extensive literature and practice review of ballast specifications used in the UK and abroad, during which current practice and the rationale behind it will be established. With the help of project partners Scott Wilson [now URS] and Network Rail, representative field data will be obtained on the ballast specification (particle size, shape and angularity), level of fouling and maintenance history for sites of different type, age and level of use. This will be supplemented by laboratory investigations using particle image capture and analysis techniques recently developed at Southampton. The data will be used to identify links between ballast specification, fouling, traffic and sub-base conditions and maintenance requirements. A similar review will be carried out in relation to ‘soft’ ballast improvements, sleeper types and ballast/sleeper base modifications, drawing on general work in random fibre reinforced soils as well as railway-specific research and experience of ballast gluing, resin injection, novel sleeper designs, sleeper pads and ballast mats.

Informed by the findings of the initial review, a series of cyclic triaxial tests on 150 mm diameter specimens of scaled ballast of different particle size distributions will be carried out to investigate systematically the effects of grading, random fibre reinforcement, gluing and resin injection on the strength, resilient properties and permeability of ballast. The testing programme will follow (within the constraints of the apparatus) stress paths representative of those experienced by track ballast in reality. The method for creating appropriate scaled ballast and the triaxial apparatus to be used are already in place at Southampton through research grant EP/F062591: some minor changes will be needed to the triaxial cell to allow measurements of permeability. The tests on scaled ballast at Southampton will be validated and complemented by a smaller number of tests on full-size ballast using the 300 mm diameter triaxial testing apparatus at Nottingham. Cyclic triaxial tests do not fully replicate the stress paths imposed on elements of the ballast and sub-base during train passage. However, they are a simpler and more convenient alternative to the hollow cylinder apparatus (HCA), in which it is not feasible to test full scale ballast owing to its large particle size. Cyclic triaxial tests will give an indication of the likely improvements in performance resulting from soft ballast reinforcement, and the potential limitations of the stress paths imposed could be explored by means of comparative tests on microballast.

In parallel with the element tests, a second experimental programme will be undertaken to quantify the effects on ballasted track resilient response of altering the sleeper-ballast interface properties using under-sleeper pads or sleepers made of different materials. Tests will be carried out using both the Nottingham Railway Test Facility (RTF), in which the effect of a passing train is simulated, and the Southampton Sleeper Test Facility (STF), in which inclined cyclic loads can be applied to the sleeper to simulate train curving forces. These rigs are described in the methods for WA5.

The laboratory element testing programme will be used to validate, and will be complemented by, an extensive numerical investigation of the effect of ballast grading, reinforcement, gluing and resin injection using the Discrete Element Method (DEM). Different approaches will be adopted at Nottingham (particles formed of agglomerates of spheres) and Southampton (‘potential particles’ of arbitrary shape). Volumes of ballast of different grading will be numerically subjected to cyclic loads representative of those experienced in reality. Gluing can be modelled by introducing interparticle bonds of appropriate tensile and shear strength; resin injection by the addition of a separate species of particles, and reinforcement by the addition of differently shaped particles of suitable strength and stiffness. The resilient response will be linked systematically to statistical measures commonly used to quantify grading, such as D, skewness, kurtosis and the coefficients of uniformity and curvature, to identify trends and construct empirical correlations linking grading to resilient moduli with and without ‘soft’ reinforcement interventions.

Depending on the exact outcomes of the initial 2-3 years’ research, subsequent work may focus on optimizing the ballast particle shape as well as size and distribution; exploring other possible methods of ballast reinforcement; or assessing alternative types of sleeper support.