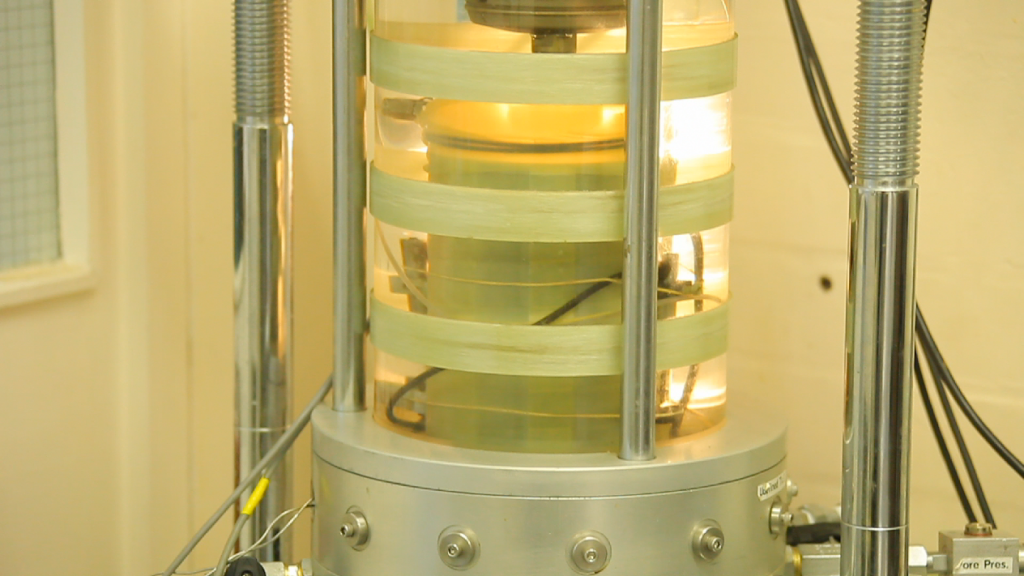 It has been recognised for some time that the performance of railway track depends crucially on the behaviour of the underlying natural ground, unless the two are separated by means of a substructure which is currently viewed as too expensive an approach for general application.

Previous advances in understanding fall some way short of bringing railway track and sub-base design firmly into the arena of modern soil mechanics; are for the most part insufficiently evidenced to bring about widespread changes in general practice; have not been incorporated into systems models of sub-base/track/vehicle interaction; and are being overtaken by uncertainties created by new demands placed on the railway infrastructure network such as faster and heavier trains and resilience to the effects of climate change.

Research led from Work Area 1 will initially focus on identifying relevant performance characteristics for different soil types in different train loading and environmental conditions: these will then form inputs to other Work Areas to investigate their impact on the behaviour of track systems as a whole.

Powrie et al (2007) carried out 3D numerical analyses to identify the stress paths followed by elements of soils in the sub-base below railway tracks, and discussed how these could be represented in the laboratory hollow cylinder apparatus (HCA). This study will form a starting point for tests in the HCA, which will initially investigate a range of soil types (sand, silt, clay), stress conditions (representing different depths in the field) and degrees of saturation. The aim will be to identify types of sub-base susceptible to accelerated deterioration when subjected to repeated stress paths representative of train passage, which include principal stress rotation. The HCA will be used as it is the laboratory apparatus able to replicate most closely the stress paths experienced by elements of the sub-base and ballast during train passage. The results of the HCA tests will be compared with those of cyclic triaxial tests (in which the axial load is cycled without principal stress rotation), as these represent the current industry standard and also a simple alternative in cases where principal stress rotation is not significant. A key output of the laboratory testing programme will be an understanding of the conditions (soil types and load cycle magnitudes) in which principal stress rotation is significant, and conversely the conditions in which the simpler cyclic triaxial tests are sufficient for obtaining design parameters and predicting ballast/subbase performance. The laboratory testing programme will be complemented by dynamic finite element analyses in which the effects of train speed are taken into account. The analyses will be carried out using the established finite element program ABAQUS, which is particularly suited to modelling dynamic events and responses.

Changes in pore water pressure in response to seasonal, vegetation and climatic effects occur more slowly. Their influence on the behaviour of typical sub-base and embankment materials will be investigated in the laboratory by means of triaxial tests in which the deviator stress and the average total stress are held constant and cycles of pore pressure representative of those that occur in the field are imposed. Typical current cycles of pore pressure change will be based on field data from welldocumented case studies such as Newbury and the Bionics full-scale slope experiment, and new data becoming available from other sites indicating the rather more substantial effect of trees. Use will be made of current predictions of climate and vegetation change, in particular UKCIP 2009, to estimate the cycles of pore pressure to which earthworks and sub-bases may be subjected in the future. Field data from project partner Network Rail and others will be used to relate changes in earthworks and sub-base water content and stress state to track movements, and finite difference models will be developed to explain this in soil mechanics terms using codes including FLAC. FLAC is a versatile programme for modelling quasi-static events, for which the Geomechanics Research Group at Southampton is experienced in writing bespoke subroutines and user-defined soil models for investigating a variety of different types of geotechnical construction. The laboratory tests and numerical analyses will investigate typical fills and sub-bases (tipped, natural and engineered) based on discussions with and data provided by project partners Network Rail, Scott Wilson and others.

Changes in small-strain mechanical properties relevant to vibration propagation will be determined in both series of tests using appropriate small-strain instrumentation, for use in Work Area 3. Depending on the outcomes of the initial 2-3 years’ research, later work may investigate the combined effects of climate change and increased axle loads, train speeds and intensity of traffic by subjecting samples in the HCA to appropriate load cycles starting from pore pressure and stress conditions representative of the likely extremes of future climate. It may also investigate the effectiveness and benefits of more highly engineered track systems in mitigating the impacts of climate change and increased traffic loading, through numerical modelling and further soil element testing.

Undrained samples of railway foundations have been tested in the Hollow Cylinder Apparatus - HCA - to plot axial strain against number of cycles at various clay contents. The applied stress includes principal stress rotation (PSR), which represents the actual stress experienced by elements of the sub-base during train passage more closely than the industry standard cyclic triaxial test.

The susceptibility of different soil types to failure in cyclic loading with PSR has been quantified. We have shown that increasing train axle loads may cause old embankments to fail, and have developed quantitative design tools.

Additional work is underway to investigate the effect of PSR on an unsaturated sub-grade, at different degrees of saturation. This study is part funded by Network Rail.

The new study will add to our understanding of the effects of vegetation and climate on clay subsoils. We are planning practice guidance that enables railway engineers to manage vegetation so as to reduce the likelihood of embankment damage or failure.