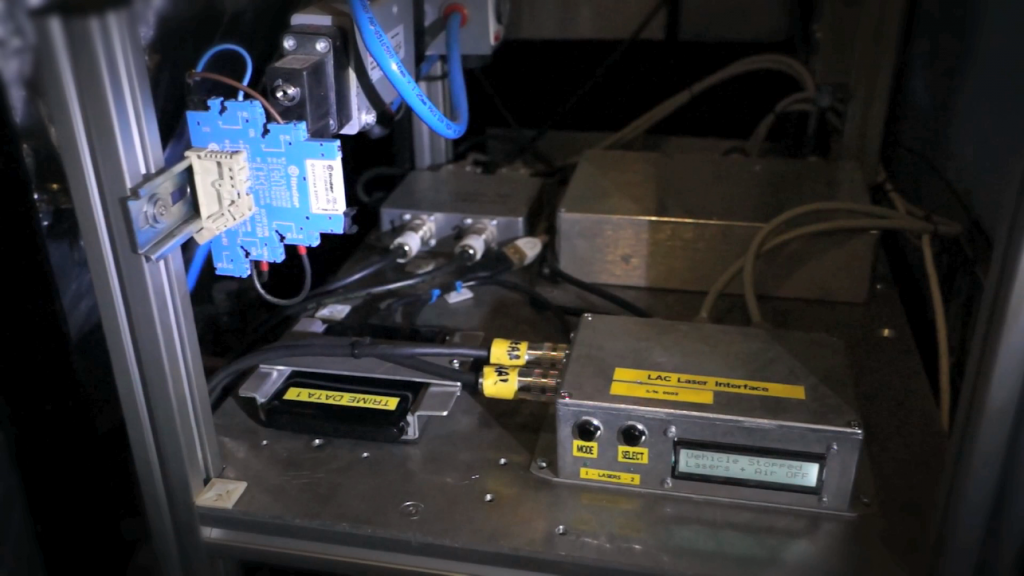 Support to railway track is provided by a number of foundation layers, primarily the sub-base, sub-ballast and ballast. One of the key issues for long-term stability of track geometry is ensuring appropriate and uniform track stiffness. Inconsistent or inappropriate support will accelerate track component degradation. This in turn will lead to the premature failure of critical components such as switches, as well as rail fatigue and increased vehicle damage and wear.

One key problem area is where there is a change in track support stiffness due to the track passing over a fixed structure. To mitigate the effect, transition zones are designed and built with the aim of providing a gradual change in track support stiffness between the normal line and the structure. However, renewal and maintenance costs are disproportionately high on transition zones, indicating that current design procedures are ineffective and there is no coherent understanding of the mechanisms involved. Switches and crossings suffer from similar support problems, due mainly to the practical difficulties of maintaining the substructure underneath a complex mechanism that is particularly sensitive to differential movements. A poor switch substructure leads to high levels of vibration in the switch and drive mechanism. These vibrations are the root cause of a significant number of failures and hence train delays.

Further problems arise with hard substructures where wave propagation can become significant, generating substantial noise and large vibrations. These are not only a potential environmental nuisance, but can also accelerate the deterioration of track geometry.

Previous work has led to the development of railway condition monitoring systems to detect incipient faults in subsystems (point machines, doors, etc.), provide in-service dynamic measurements and identify critical faults in rails, as well as monitoring techniques to measure dynamic ground response1 and sub-base stiffness. Initially, this work will be extended to understand further the deterioration of track geometry in critical zones and how the onset of certain failure modes in switches is related to poor sub-base performance. The approaches developed will then be used to assess the potential for improvement offered by innovations identified in WAs 2 and 3.

Previous work in switch monitoring has considered approaches for detecting and diagnosing faults, but has not addressed the root causes. These approaches will be enhanced to incorporate measurements of dynamic forces, and an appropriate instrumented switch will be developed for field monitoring.

Methods will include a review of literature and field data; further field monitoring and investigation of current problem sites; mathematical and numerical modelling; and potentially the instrumentation of track systems (plain line and switches/ crossings) and vehicles to assess improvements in ride and system dynamic behaviour arising from the interventions made.

Specific achievements during Year 1 include: Design, development and installation of an in-service measurement system on a MerseyRail Class 508 vehicle. The instrumentation includes: an inertial measurement device (vertical, lateral and longitudinal accelerometer; roll, yaw and pitch gyroscopes); a link to the train's tachometer signal and a GPS; Design, development and installation of a temporary in-service measurement system on a Southern Trains Class 378 vehicle. The instrumentation includes: permanent instrumentation of a car mounted pitch rate gyroscope; a link to the train's tachometer, and a GPS, as well as a temporary inertial measurement system that can be fitted for one day trials; The prototype development of a track measurement system for measuring track movement under the passage of a train that incorporates both laser and geophone sensors; Initial work on autonomous algorithms for data integration and fault detection and diagnosis of track faults; Initial work on a data visualisation system for railway track data.

Next year a second PhD student will begin work in the area of measurement of railway critical zones vehicle-borne instrumentation. New Measurement Train data is to be obtained for analysis and comparison, and it is hoped to begin testing of a modular trackside sensing system - firstly in the laboratory and later at a test track, with potential test sites for trackside instrumentation on the Merseyrail and/or Southern network being sought. It is anticipated that data processing work and further automation of initial analysis methods will continue throughout the year.